The Gravenhurst Opera House is honoured and very excited to host the official launch of Marc Jordan’s latest CD, Both Sides!

With a musical career spanning  over 40 years, Marc has written an incredibly long list of songs, many becoming huge hits such as Marina del Rey or Rhythm of My Heart, recorded by Rod Stewart who took that song to #1 world wide. For several years, Marc worked in L.A. with artists such as Steely Dan, Diana Ross, Chicago, Kansas, Kenny Loggins, Amanda Marshal, Bette Midler, Joe Cocker, Olivia Newton John, Bonnie Raitt and so many more including his wonderfully talented wife; Amy Sky.  His songs have been included on 35 million recordings including some of his own.  Jordan also has numerous film credits to his name and is the chair of the songwriting department at Norman Jewison’s Canadian Film Centre.  He also sits on the Humber College Jazz Department’s advisory board. He has won numerous ASCAP, Juno, SOCAN, Smooth Jazz awards throughout his career  and tours regularly with Lunch at Allen’s featuring Marc and his friends Cindy Church, Ian Thomas and Murray MacLauchlan. Marc is also a very talented painter.  Pieces of his work will be on display at the Opera House leading up to the April 6th event and he has generously donated one of his pieces to the Opera House for auction the night of his show. 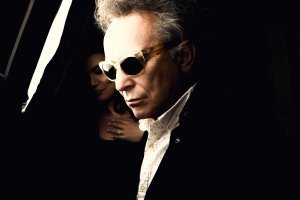