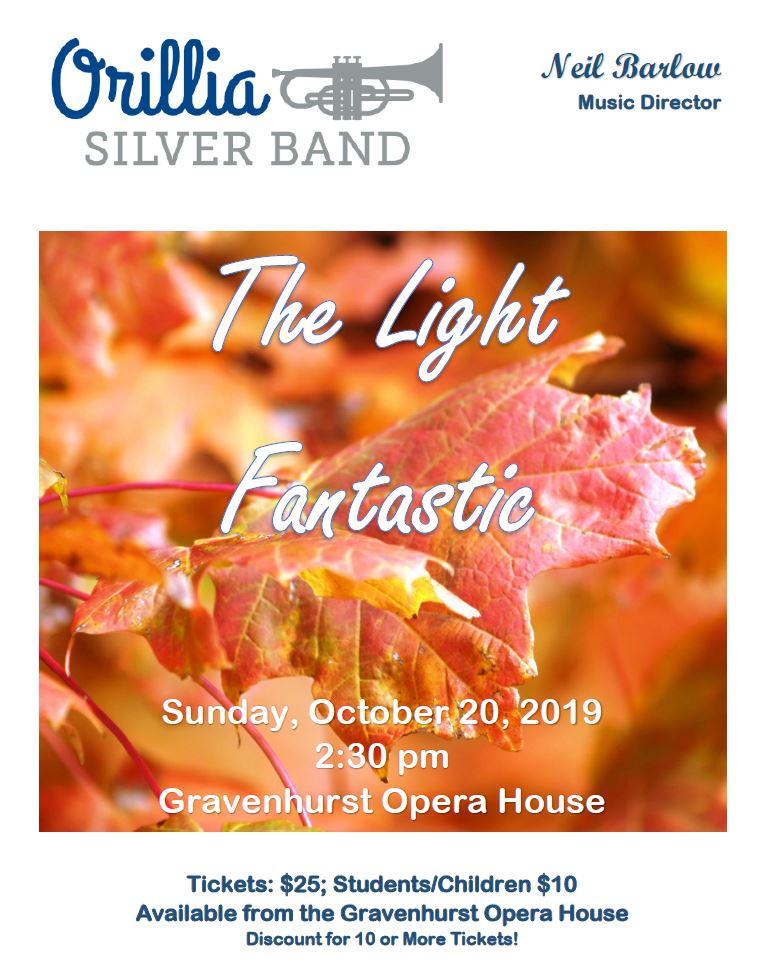 The Orillia Silver Band returns to the Gravenhurst Opera House on October 20, 2019, for a Fall Concert that is sure to entertain. Conducted by Neil Barlow, well known in Muskoka music circles, the band will open the concert with Paul Lovatt-Cooper’s The Light Fantastic, encapsulating the grandeur and spirit of the 2008 Olympic Games whilst also paying homage to the host city of Beijing. The band will also be performing John William’s march, Midway, an exciting tune called A Redbridge Raga by Chris Wilcox – which is a mix of modern British pop with Indian folk music elements – and selections from Edvard Grieg’s Peer Gynt.

Also on the program is Steven Verhelst’s beautiful, A Song for Japan and Alan Fernie’s arrangement of Italian Love Song. The band will wrap up the concert with Tchaikovsky 1812 Overture, complete with cannons, bells, and other special effects.