Home/Chamber, Home Page/SHIFT- How We Do Business in Muskoka with Muskoka Futures and Michele Romanow
Norah Fountain 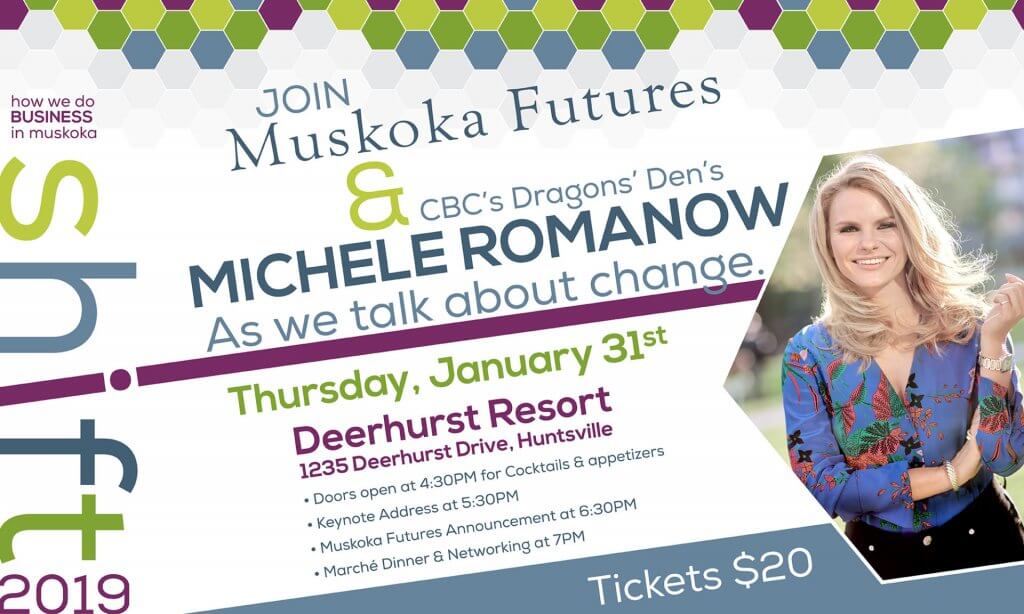 At Muskoka Futures they stake their reputation on change! They see the changes that entrepreneurs make each and every day to transform their businesses and they are doing the same. Plus, they have some exciting things in store. Join them as they talk change along with CBC’s Dragons’Den’s Michele Romanow.

Tech titan Michele Romanow is an engineer and a serial entrepreneur who started five companies before her 33rd birthday. A “Dragon” on CBC’s hit show Dragons’ Den, Michele is the co-founder of Clearbanc, which in 2018 gave entrepreneurs more than $100 million in funding; SnapSaves, which was acquired by Groupon; and Buytopia.ca, ranked #3 on the Profit Hot 50 list of fastest growing companies. Named in WXN’s “100 Most Powerful in Canada” and listed as the only Canadian on Forbes’ “Millennial on a Mission” list, Michele brings her incredible entrepreneurial savvy to every stage.

SHIFT- How we Do Business in Muskoka