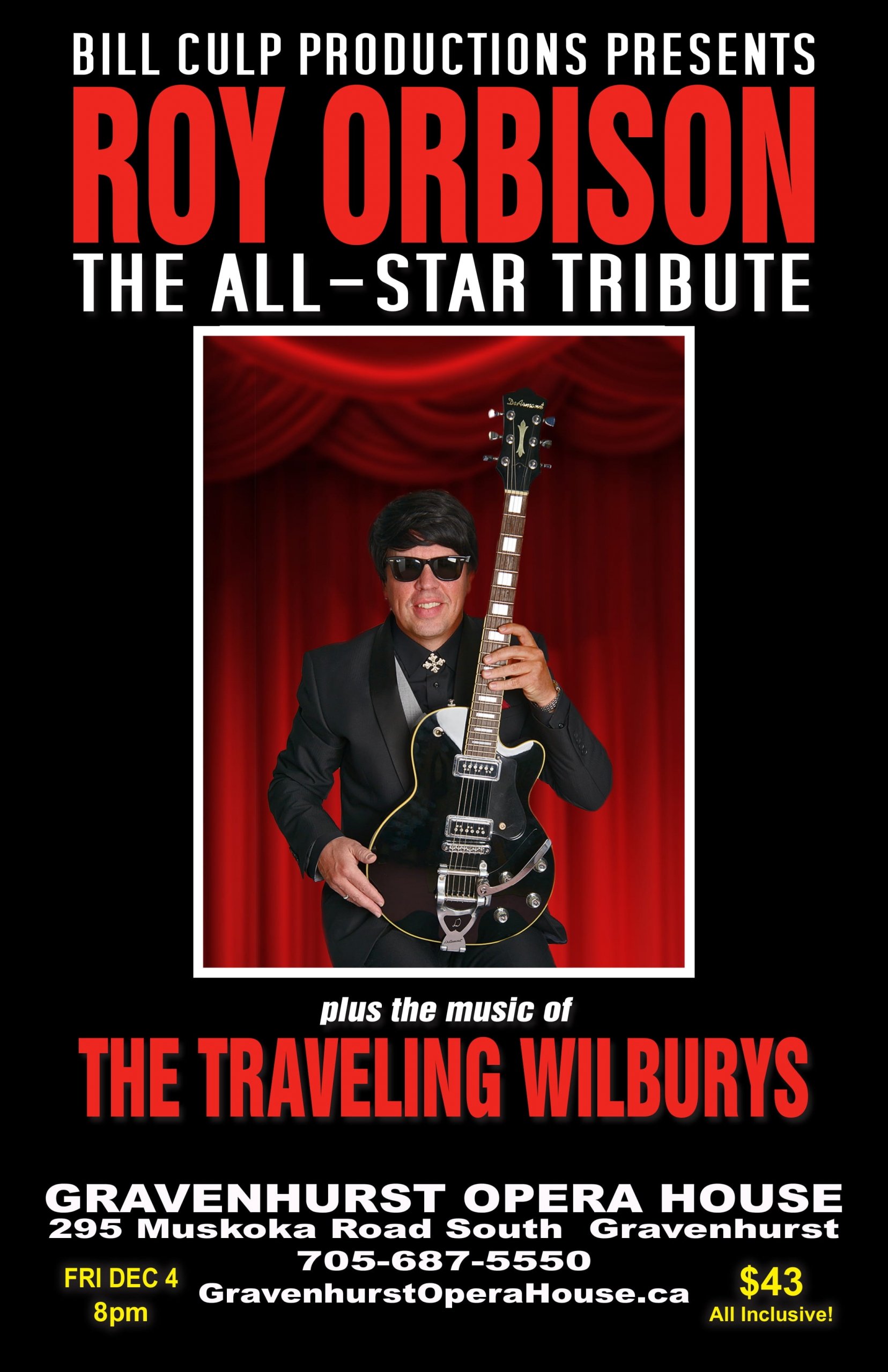 “Roy Orbison: The All-Star Tribute” celebrates the incredible career of the legendary “Big
O”…Roy Orbison! Direct from Canada’s leading producer of musical tribute shows, Bill Culp
Productions, this fun-filled, audience interactive performance features Roy Orbison’s greatest
hits from the 1950’s, 1960’s, 1970’s, and the 1980’s. From his early days with Sun Records in
Memphis to his later hits as a member of the Travelling Wilburys, you’ll hear a wide range of
Orbison classics including “Only The Lonely”, “Crying”, “Running Scared”, “Oobie Doobie”,
“Handle With Care” “You Got It” and of course, “Pretty Woman” amongst the many crowd
favourites. “Roy Orbison: The All-Star Tribute” stars the fabulous Michael Danckert in the lead
role, backed by a sizzling live band.