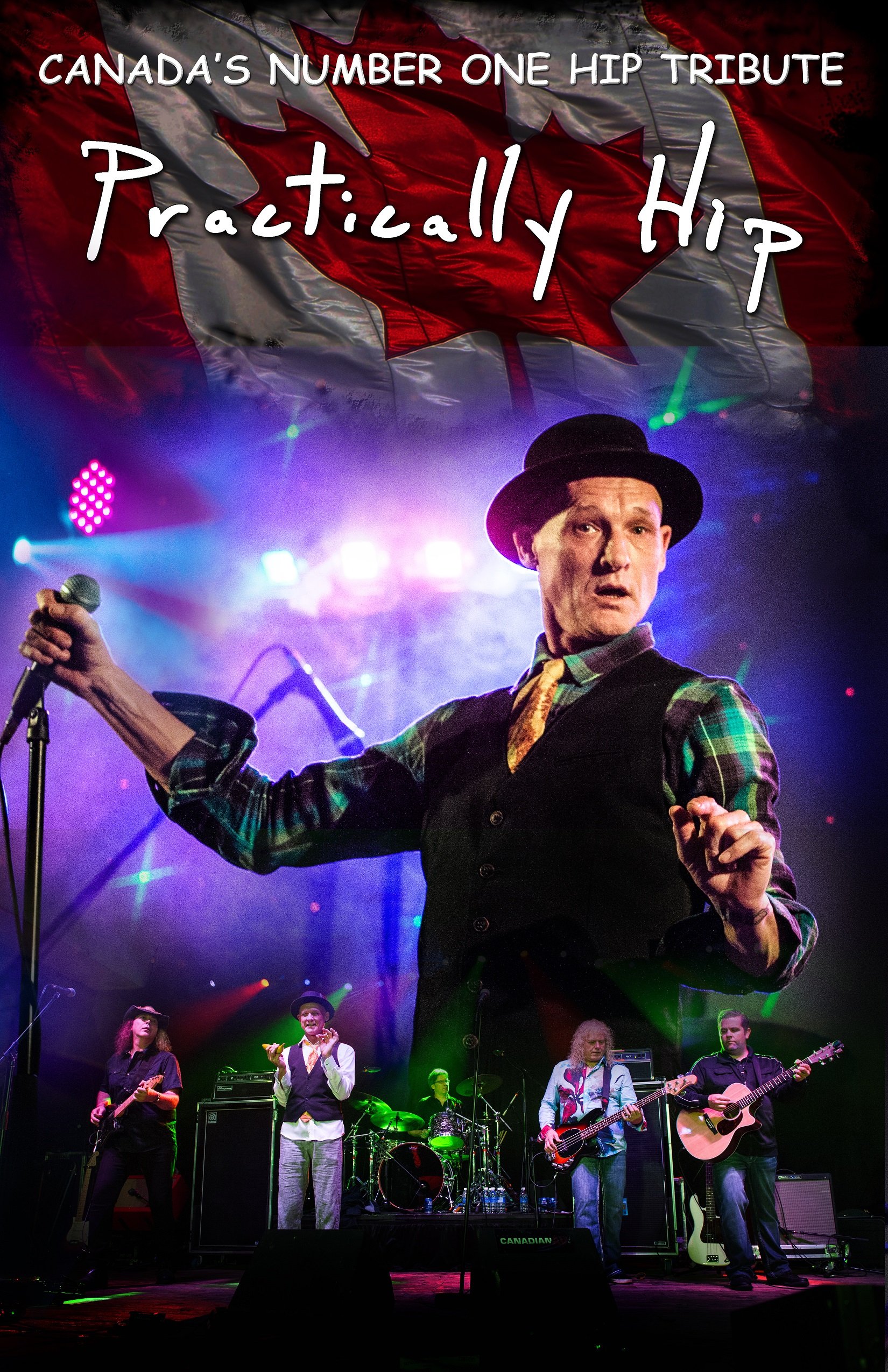 Established in Southern Ontario in 1997, “Practically Hip” wows their audiences with their
passionate recreation of the Hip’s unique sound. They are the most sought after “Tragically Hip”
tribute / clone act in Ontario and the U.S. You’ll be amazed at the vocal ability of Dean Hughes!
You will think you are hearing Gord Downie as Dean performs the songs, rants and stories for
which the Hip is known for.

This five piece band gives their audiences the highest level of energy and musicianship. While
playing songs note perfect and then adding jams the Hip is known for, is something their
audiences constantly rave about.

Practically Hip has played various clubs, universities and colleges throughout Ontario and the
U.S. To add to their list of weddings and private functions they have also played numerous
festivals with recording acts like April Wine, Kim Mitchell, David Wilcox, Colin James, Big
Wreck, Trooper, Gowan (in Styx), Sass Jordan and Honeymoon Suite to name a few.

The members of Practically Hip have seen over 75 Hip concerts! The devotion is one of the
reasons why they deliver the highest level of accuracy, energy and enthusiasm. Join them in
their celebration of the Tragically Hip!